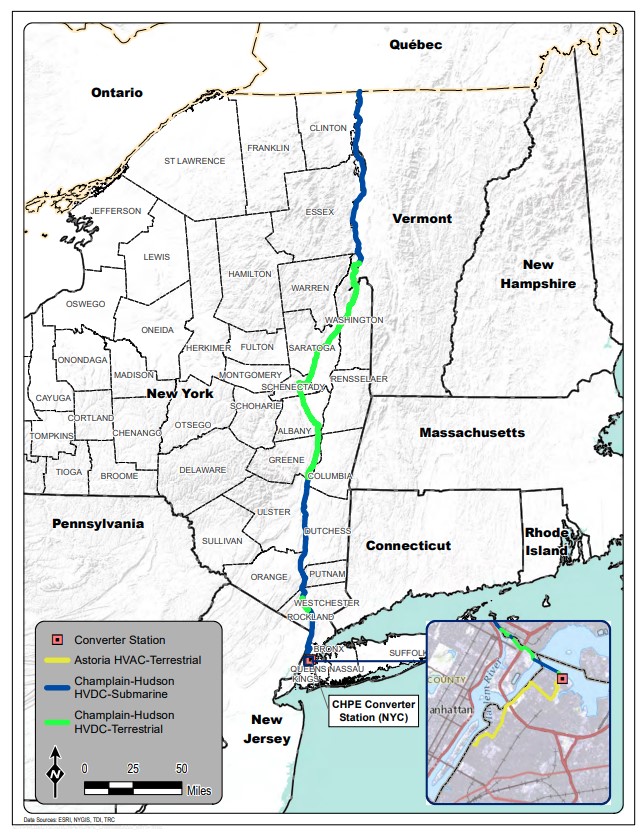 Construction is underway on the 339 mile transmission line that will bring clean energy from Canada to NYC, a project that has been years in the making.  Former Business Manager Daniel McGraw began cultivating a relationship with the developer, Transmission Developers Inc., (TDI) nearly a decade ago.  He and current Business Manager Michael Lyons were heavily involved in negotiating the PLA covering the project to ensure the IUOE’s jurisdiction would be protected.  Overall, the project will create nearly 1400 union jobs with around 150 of them being union operating engineers.  Business Manager Lyons delivered comments on behalf of the NYS Building & Construction Trades Council at the official groundbreaking, held on November 30 in Whitehall, NY.  Photos and video links of the event can be found within the Governor’s Press Release.